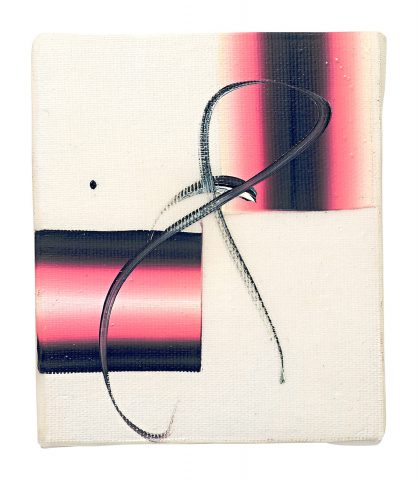 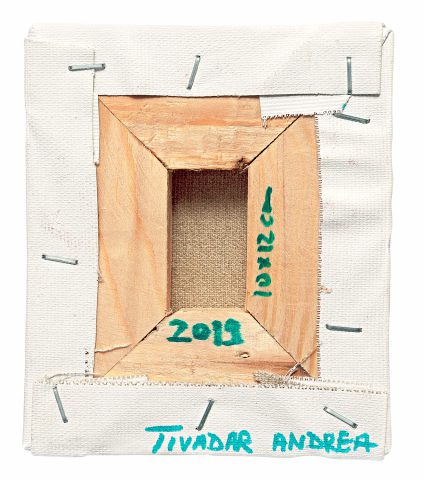 Born in 1991 in Botiz, Satu-Mare, she lives and works in Cluj-Napoca, Romania. She earned her BA and MA in Painting from the University of Art and Design in Cluj-Napoca, where she is currently preparing her PhD. In 2014 she was awarded a scholarship from the Ecole Supérieure d’Art de Bretagne, Rennes, France, followed by another scholarship from the Associazione Socio-Culturale ProCultura – RoArte, Rome, in 2016, and from the Deák Erika Gallery, Budapest, in 2017. In 2018 she was awarded the Teodor Moraru Scholarship for Painting.
In 2019 Estopia Art Gallery in Bucharest hosted her solo exhibition, Abstract Fluidity. She participated in a number of group exhibitions, among which Meanwhile in Painting, Budapest Galéria, and The Image in Painting. About Coming Out in Reality, Quadro Gallery, Cluj-Napoca, in 2018; The New Inmate, Centrul de Interes, Cluj- Napoca, Breaking Rules, Museum of Art, Cluj- Napoca, in 2017; The Existential Space of Virtuality, Deák Erika Gallery, Budapest, Tra segno e colore, Accademia di Romania in Roma, Do It Yourself, Gara Mică Cultural Space, Cluj-Napoca, in 2016.
Featuring a stunning capacity to create unbelievable depths and spatial volumetry with no apparent anchor to the figurative representation, the artist invites the spectator in her own inner laboratory, where secondary, invisible, mysterious and transparent realities replace recognizable forms from the visible world. Pipings and braids inspired, it could seem, to industrial landscapes reveries, cylinders, geometric forms and vague reminiscences or organic allusions – all these elements compose Andrea Tivadar’s painterly universe, one that the artist de nes as “a space of all possibilities”, in an approach that “asserts the purity and simplicity of things”.