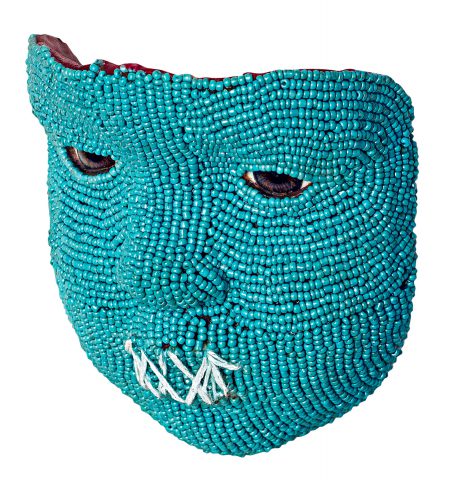 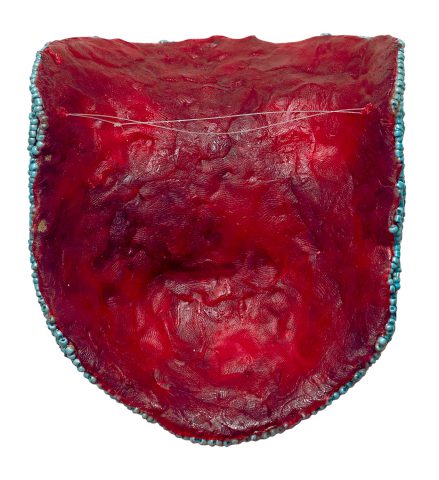 She was born in 1990 in Paris, from a Cameroonian mother and a French father. As an adolescent, she chose to go to a school of applied arts, where she discovered plastic arts. She participated in her first exhibition called Afrikanska Penslar in Stockholm in 2009. At the same time, she decided to follow her passion for art history and studied at the École du Louvre (EDL), Paris.
Unable to find a balance between theoretical studies and plastic creations, she interrupted her studies after 2 years and created in 2013 an association conceived as an artistic collective: NÉFE. In 2009 a change occurred for Beya. Following a trip to Cameroon, to her motherland, the Grassland, she discovered beading workshops in the NGO her aunt had founded and it is in this way that she started a research focused on the production of beaded sculptures. She drew her inspiration from local “passeport masks” to create her artworks, sculptures and installations, always addressing social and community themes. She travelled several times to Cameroon between 2010 and 2016, for volunteer missions especially, where she gave plastic art classes to children and helped to the management of the NGO. She also organized exhibitions in France and presented her beaded sculptures for the rst time in late 2016. She re-interprets beading in a contemporary and personal way, mixing rules of African and Western classicisms. Using beads as the “skin” of her sculptures is a statement for Beya: in the Bamileke tradition, beading furniture is a way to show material wealth and value, just like covering it in gold or ivory; in her process, she covers people with beads to show their wealth as human beings, defending the fact that each human being has a value.
She also works with short films, photography and installations, linking them in different ways to her beaded sculptures.