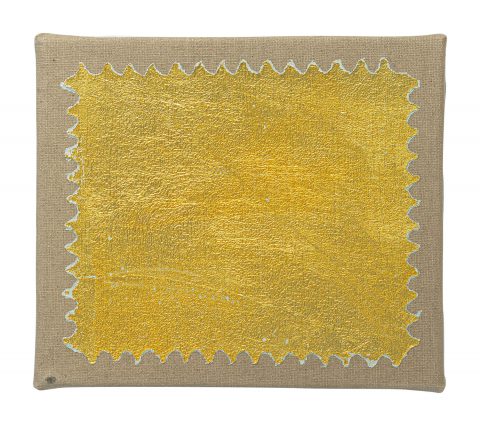 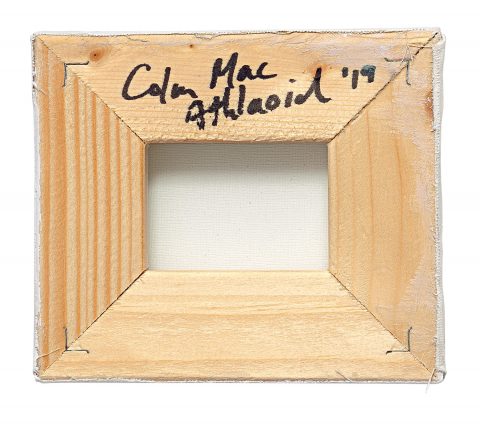 The title refers to the government license in the great Age of Sail to attack and capture beyond international borders. The golden stamp can both symbolise the bounty captured during Columbus’s discoveries as well as the notion of stating one’s claim with a stamp.
Born in 1980 in Dublin, he lives and works between Dublin and Brussels. He earned his BA in Art from the National College of Art and Design, Dublin, and his MFA at LUCA School of Arts, Brussels. In 2012 he was awarded an artist-in-residence studio award in the RHA, Dublin. He has been a member of both the Graphic Studio Printmakers and The Black Church Print Studio, Dublin. He is co-founder and director of Monster Truck Gallery and Studios, Dublin. His works are in a number of collections, including the O ce of Public Works, Ireland, and the Provost Collection, Trinity College, Dublin. Juliet Art Magazine, Italy, has recently reviewed his work.
Colm Mac Athlaoich’s work incorporates painting, printmaking and sculpture. He is interested in the intersection between process and the poetic realisation of the image, the convergence of painting and printing methodologies and the rules of perception.
Selected exhibitions
2018 Waiting Game, Galleria Weber, Turin, Italy
2018 Elsewhere to Be Found, Farmleigh Estate, Dublin
2017 Traveling Without Moving, Pallas Projects, Dublin
2017 Una terrible belleza, Rizoma Galería, Madrid
2016 Out of Print, The Library Project, Dublin
2016 Conversations (OPW), Casino Marino, Dublin