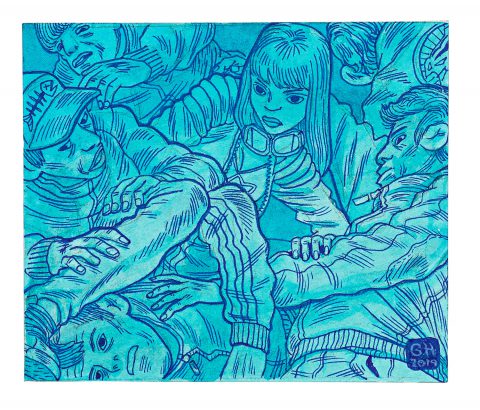 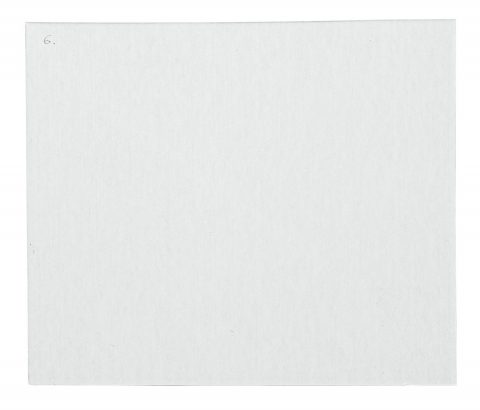 Gerhard Human is an animator and comic-strip artist from Cape Town. He studied Graphic Design and Applied Arts at the Pretoria Technicon (Tshwane University of Technology), South Africa.
He has worked in the lm and animation industry since 2001. He has exhibited at Salon91, Youngblood Gallery, The Cabinet, the House of Machines in his native Cape Town; and at Upstairs, Durban, South Africa; at the Compagnietheater, Amsterdam, in 2015, and as part of the Path Less Constructed show at M Contemporary, Sydney, Australia, in 2014, in New York and Paris. He has featured alongside artists such as Conrad Botes, Anton Kannemeyer and Daniel du Plessis, and online, his work can
be found on major sites such as Booooooom, Juxtapozed, Motionographer, and Supersonic Art.
Gerhard Human’s work explores ideas about cultural stubbornness, short-sighted idealism, and ignorance. Using a minimalist palette, he frequently depicts post-apocalyptic outlaws, punks, and other norm-defying misfits. Elements like gold and stone become symbols of contemporary greed, royalty, and pride, which he sees as culturally endemic. Pattern and repetition are harnessed to demonstrate the cyclical nature of history. His titles lend another layer of meaning to his images, economically narrating complex notions of identity, place, and politics.
Selected exhibitions
2018 AKAA – Also Known As Africa Art Fair, Paris
2018 All We Ever Wanted Was Everything, Supersonic Art Gallery, online space
2015 Bleeding Edge, Compagnietheater, Amsterdam
2015 Past Futures, Salon91, Cape Town
2014 Those Who Wander, Salon91, Cape Town
2014 GRAF/LIT: Urban Interiors, Youngblood Gallery, Cape Town