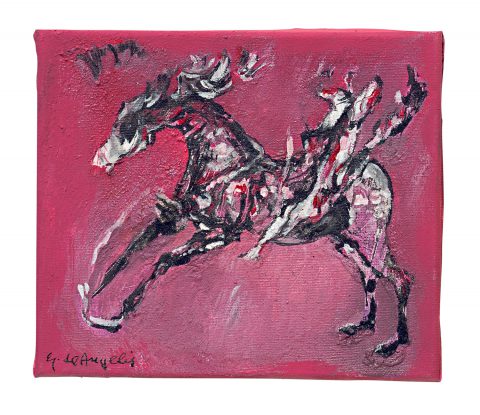 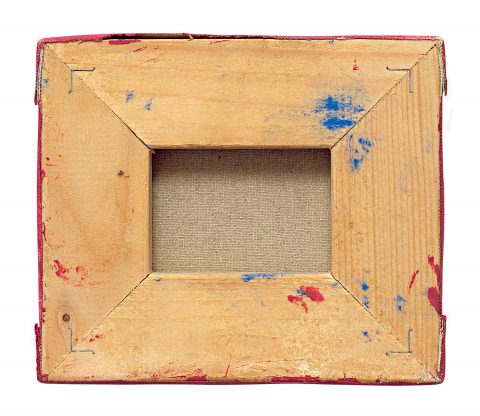 Born in 1938 in Ischia, Italy, where he has lived and worked since 1994. The “Child Artist Prize”, received when he was only 11 years old, marked his early debut in art. The following year, he spent an apprenticeship period in Switzerland, in the studios of sculptors H. Haller (Zurich) and A. Zschokke (Basel). He graduated in 1958 from the Institute of Art in Naples and studied at the Academy of Art in Florence, Italy. In 1961 he was granted a scholarship from the German government at the Academy of Munich. In the Sixties he frequented poets, writers and critics in Milan, including Eugenio Montale (of whom in 1954, he had sculpted a portrait in Ischia), Franco Russoli, Enzo Fabiani, Gryzko Mascioni, Dino Buzzati, P. Chiara, A. Sala and R. Sanesi. In 1973 in his “beloved” Ischia – which in 2018 will award him an honor for his contribution to the artistic and cultural growth of the island – he frequented Renato Guttuso and Libero de Libero.
Vittorio Sgarbi’s critical contribution proves particularly useful to frame his artistic career: “The originality of de Angelis’ sculpture consists precisely in combining different historical roots, different sensibilities, different purposes of formal research, without any contradiction. A Nordic and a Mediterranean man, de Angelis looks simultaneously at the past and the future, bringing together different stories and cultures in order to identify a minimum common denominator. An experience that places de Angelis at the center of the world, transmuting art into life and vice versa, like the ever-changing transformation that he represents in his sculptures”.
During his long artistic career, he created numerous busts and sculptures made on commission, exhibited in public and private spaces. He presented his works in numerous personal and group exhibitions held in Italy and abroad. Referring exclusively to those abroad, to be reported, in particular, the exhibitions in Los Angeles and New York, USA; in Europe: in Munich, Hamburg and Köln, Germany; in Basel and Locarno, Switzerland; Brussels and the European Parliament in Strasbourg and Berlin.