Fragment from the project: Casts of a Wait for Relocation, Disappeared(53950) 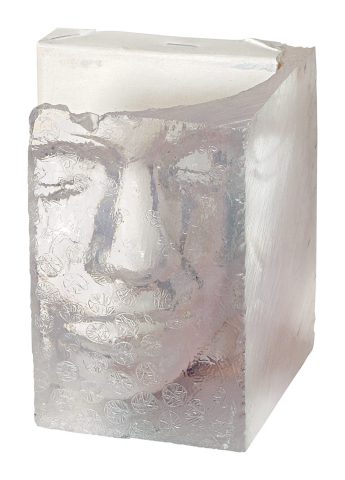 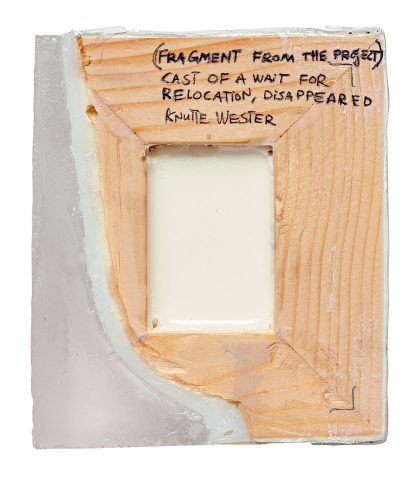 Born in Eskistuna, Sweden, in 1977. He studied at the Academy of Fine Arts, Umeå University, Sweden, and at Wits University, Johannesburg, South Africa. In 2007, he was awarded an artist residency in Riga, via Iaspis, the Swedish Arts Grants Committee’s International Programme for Visual and Applied Artists. In 2015 he was artist-in-residence at New York Art Residency and Studios (NARS). His lm, A Bastard Child, premiered at the prestigious International Documentary Film Festival, Amsterdam, in 2016, went on to be shown at festivals in Toronto, Canada, Seoul, Teheran, Berlin, and Paris. His Dawn in a Nameless City was the opening lm of Busan Film Festival, Seoul, in 2015, and was named Best Swedish Short Documentary at Tempo Documentary Festival, Sweden, the same year.
Working with video, sculpture and installation, in his artistic practice Knutte Wester often communicates at existential and social level at the same time. In a way, his art is about our society and the points where society falls short. Regardless of technique, there is always a documentary element to his work, which often draws on dialogic and collective processes, and also often entails relocating his studio, as in 2016, when he moved to the basement of a refugee centre in Boden, near the Arctic Circle. But half a year later, the refugee centre was abruptly closed down and Wester lost most of the work. This loss gave rise to the work Casts of a Wait for Relocation, Disappeared (Prayers Whispered, Lost in the Fog).
Selected exhibitions
2019 Another Day, Another Life, Kasa Galeri, Istanbul
2018 Modernautst llningen, Moderna Museet, Stockholm
2018 Before We Forget, Göteborgs Konsthall, Sweden
2017 Länsmuseet Gävleborg, Sweden
2017 The Nordic Watercolour Museum, Sweden
2017 Territories, Havremagasinet, Boden, Sweden