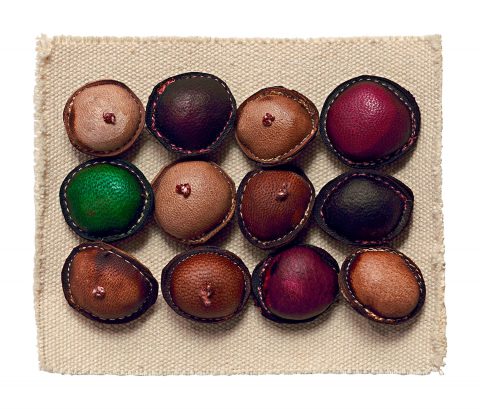 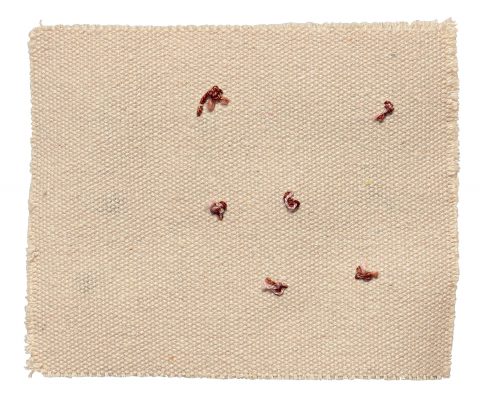 Born in Al Bahah, Saudi Arabia, in 1977, she lives and works in Jeddah. She studied Islamic Arts at the King Abdulaziz University, Jeddah, and went on to take an MA in Contemporary Craft and then a PhD in Design and Visual Arts from Coventry University, UK. Her PhD thesis examined traditional domestic architecture in south-western Saudi Arabia, looking at it in its contemporary settings. She is now a faculty member in the Islamic Arts Department of the King Abdulaziz University.
In 2019 she represented her country at the 58th Venice Biennale, Italy, where she presented the project After Illusion in the Saudi Arabia Pavilion. She has created large-scale, site-speci c installations for the British Museum, as part of the Shubbak Festival of Arab Culture, 2017, and Alserkal Avenue, Dubai, in 2016. She has taken part in exhibitions at the Athr Gallery, 2017, and Tasami Gallery, 2015, Jeddah; the Meter Room Gallery, in 2011, and Herbert Gallery, in 2010, Coventry, UK; and the New Designer Gallery, London, in 2009.
Growing up surrounded by the traditional Aseeri architecture of South-Western Saudi Arabia has played an integral role in Zahrah Al-Ghamdi’s practice as an artist. Her site-speci c work explores memory and history through traditional architecture and entails a painstaking process whereby she assembles particles of earth, clay, rocks, leather, and water. The process draws on the notion of embodied memory as a means of translating and delineating themes of cultural identity, memory, and loss.
Selected exhibitions
2019 Second Hand, Jameel Arts Centre, Dubai
2019 Streams Move Oceans, Athr Gallery, Jeddah, Saudi Arabia
2017 Safar, 21, 39 Jeddah Arts, Saudi Arabia
2017 Letters, Athr Gallery, Jeddah, Saudi Arabia
2016 Earth and Ever After, 21, 39 Jeddah Arts, Saudi Arabia